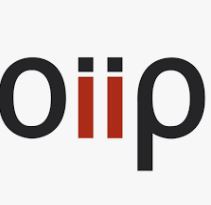 The oiip – Austrian Institute for International Affairs is an independent research institute founded in 1978 and committed to fundamental research in the field of international politics. The oiip is Austria’s leading institute on international politics and positions itself at the juncture between academic and policy oriented research. Besides international academic publishing, the Institute’s researchers are engaged in teaching, policy consultancy and public awareness raising. The oiip is part of various international research networks and collaborations. The oiip’s researchers keep track of emerging trends and developments and actively participate in relevant academic debates. They are fully independent in their research and associated activities. They offer Austrian and European stakeholders, public authorities, businesses and society at large applicable recommendations and policy options. The oiip constitutes a meeting point and a venue for critical thinking and international and interdisciplinary debates and exchanges. As such, the Institute’s work contributes to Austria’s internationalisation. We work to enhance an informed and unbiased view of world politics. Diversity and gender equality are our core assets, which we work to promote. The Institute is also committed to the best possible career development of its staff members. Respect, openness, and transparency guide our communications and interactions within the Institute as well as our encounters with others.
Visit Site