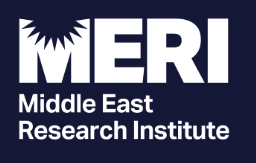 The Middle East Research Institute (MERI) is an independent, not-for-profit organisation, focused on addressing policy issues in the Middle East. It is based in Erbil, Kurdistan Region of Iraq. MERI’s mission is to contribute to the process of nation-building and democratisation in the Middle East via engagement, research, analysis and policy debates. MERI seeks to promote and develop human rights, democracy, good governance, the rule of law and social and economic prosperity. The core values of MERI are rigorous, independent and objective research and analysis. Through these MERI aspires to become a global leader in strategic research. The diverse research projects conducted by the Institute are accommodated within these five programmes: International Politics and National Security Democracy and Governance Economics, Energy and Environment Health, Education and Public Services Community, Civil Society and Cultural Development
Visit Site