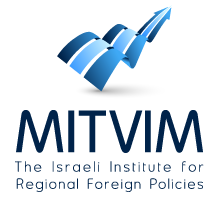 Mitvim - The Israeli Institute for Regional Foreign Policies is an independent think tank that envisions a fresh start for Israel among the nations. It aims to reshape Israel's relations in the Middle East, Europe and the Mediterranean, by promoting new paradigms for Israel's foreign policies, enhancing Israel's regional belonging, and advancing Israeli-Arab peace. Mitvim works at the political, diplomatic and public levels. It is comprised of Israeli experts, strategists, scholars, and journalists. Mitvim engages in the various phases of the policymaking-cycle and promotes the actual crafting of the regional realities it aspires for. Mitvim generates knowledge, articulates ideas, plans policies, promotes recommendations, and facilitates implementation. It was established in May 2011, and is ranked among the top think tanks in the Middle East and North Africa, according to the University of Pennsylvania's rankings.
Visit Site