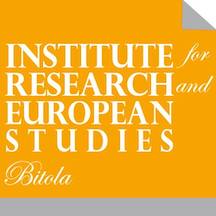 The Institute for Research and European Studies (IRES) is a non-profit, nongovernmental and politically unconditioned think-tank, founded by several young scholars and researchers. As a think-tank, IRES is determined to achieve applied, policy-oriented research, to enable various models of informal education, and to promote discussion on the most pressing and contemporary political, legal, security and economic issues regarding the European and International Affairs. The areas of multidisciplinary and interdisciplinary research of the IRES include: EU politics and law, European federalism, competitive federalism, regional cooperation, transatlantic relations, international affairs, rights of freedom and property, free market and individual liberty. The Institute for Research and European Studies is located in Bitola (Republic of Macedonia), also known as the "city of consuls".
Visit Site