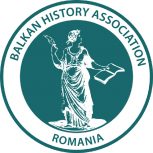 The Balkan History Association (BHA) is a non-profit, apolitical, and independent organization that aims to develop and promote at both national and international levels the interdisciplinary and comparative study of the Balkan region, and, more generally, of South-East Europe. Our main fields of interest include, but are not restricted to various sub-disciplines of history—political, cultural, military, economic, urban, literary, oral, or the history of science communication—art history, history of religions and archaeology.
Visit Site